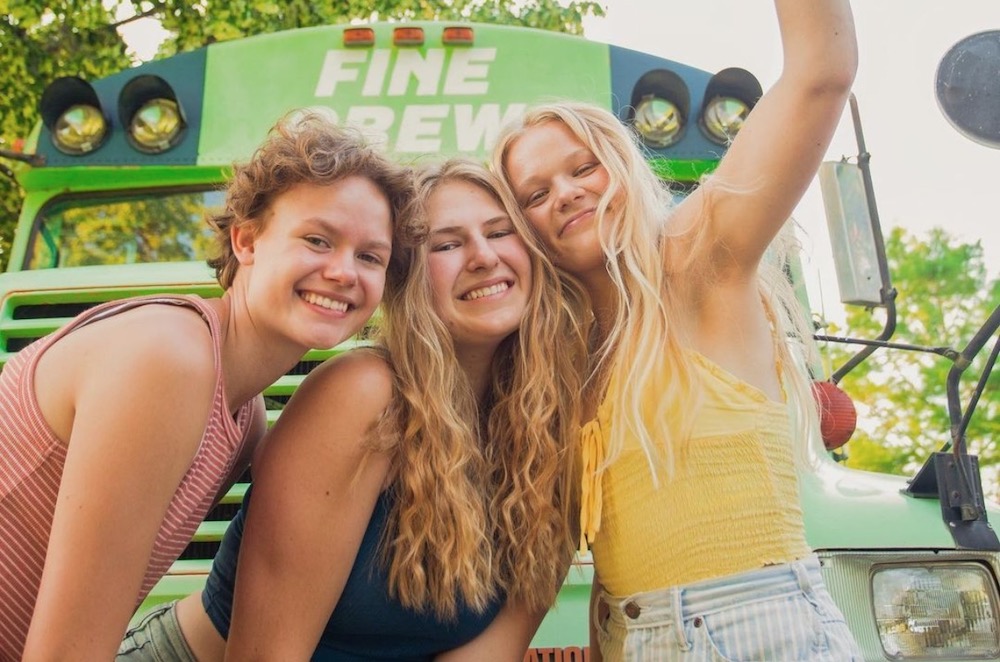 You just never know what strange circumstances will lead to your next great adventure.

Three young women are embarking on an amazing tour of the western United States after making a startling discovery last December. All three of them were romantically involved with the same guy… and none of them knew it.

Morgan Tabor is a 21-year-old who lives in Boise, Idaho. During the holidays last year, she became suspicious of the man she’d been dating off and on for the past few years. They’d recently started dating exclusively — or so she thought — but flirty texts and social media messages had her radar on high alert.

“I had this uneasy feeling that I couldn’t shake, so I looked up one of the girls’ names on Instagram,” Morgan told The Washington Post. That’s how she found out that her partner, a 20-year-old college student, had another girlfriend.

“Almost all of the photos on this girl’s page showed her with this guy who I’d thought was my boyfriend,” she said.

The other woman was 19-year-old Abi Roberts of Salt Lake City, Utah. Morgan sent Abi a message and found that Abi had also been in the dark about their boyfriend’s duplicity. Some more digging turned up a third girlfriend, 18-year-old Bekah King, also of Boise.

All three women believed they were the only romantic partner in this man’s life! He’d discussed a future with each of them, telling them all about his dream of traveling across the country in a renovated VW Bus someday. Not only that, but they also soon found out they weren’t alone — he’d been dating six more women at the same time.

After confronting him, Abi, Bekah, and Morgan broke up with him and ended up bonding with each other over the deception. They quickly became friends via FaceTime and met in person last January for the first time.

“We did a lot of trauma processing and memory sharing, and it was obvious that we were all really cool, fun people who had a lot in common,” Abi said. “Right away, we became good friends.”

From there, they made an incredible decision to take their power back in an unusual way. The three of them decided to hijack their ex’s dream and take a road trip together!

“We all had a free summer coming up, and I knew a guy who could sell me an old bus,” Morgan said.

So the trio pooled their money and purchased a 30-year-old school bus, which they parked at Bekah’s parents’ house. They spent the next two and a half months renovating it to get it ready for their trip.

Using YouTube videos for guidance, along with some help from Bekah’s father, the friends gutted the old bus and turned it into a posh camper built for three.

The bus was ready to go by the middle of June. Bekah, Morgan, and Abi hit the road and headed to the Sawtooth Mountains in Idaho to start their journey. From there, they moved on to Jackson, Wyoming, and Grand Teton National Park.

They spend their nights in campgrounds and eventually hope to make it to the shores of California for one last camping trip on the beach. As for the man who inspired their trip, the ladies are all about moving on!

“What this guy did to us doesn’t define our lives,” Morgan said. “We all feel really blessed that we found each other. We’re friends for life.”

Way to make lemonade out of lemons, ladies! Bad things happen to us all, but finding a way to spin them into gold is the key to living our best lives.

Share this story to celebrate life, friendship, and new adventures.