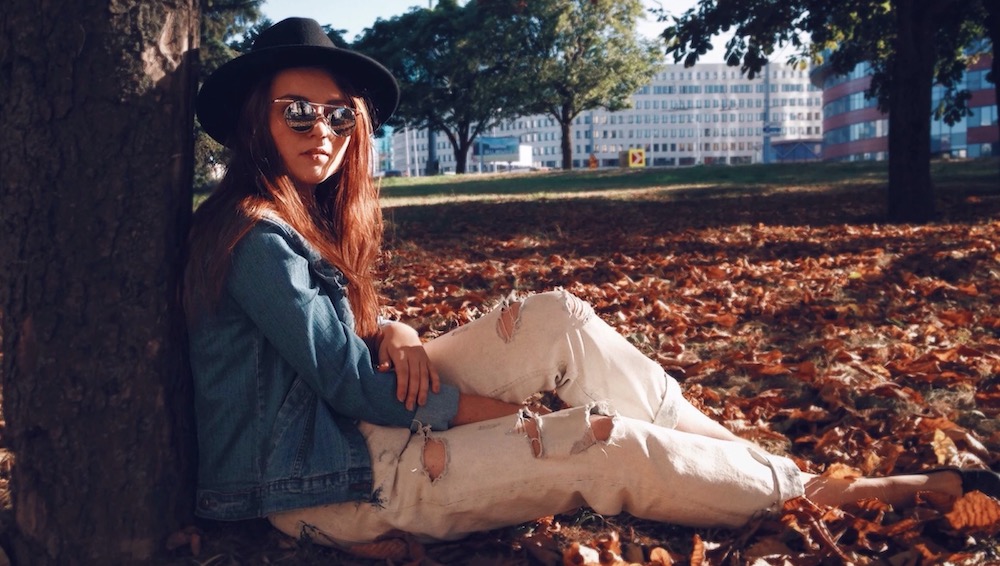 So, what if men treated women like they deserve to be treated? What if men actually acted like gentlemen? What if they actually held doors open, did things out of the blue just to show they care and actually respected you the way you deserve?

I mean, look at how the dating scene has become today. It’s a total fiasco.

What happened to the old timey dating scene? Where you and the guy you’re sweet on shared a malted milk chocolate in a SHAMEFULLY racist and discriminatory establishment?

Ah, the good old days. Besides all the terrible racism and bigotry and generally awful human behavior.

But hey, we’ve got awful human behavior today. I mean, HAVE YOU SEEN TINDER?

Basically, my question is, “What if today were more like yesterday?”

1. What If We Still Dressed Up For Dates

And I know women still do this, but I’ve seen TOO MANY GUYS show up to dates in hoodies, jeans, and sandals (ughhhhhhhhhhhhh) to stay silent on this.

Put some effort into how you look! You don’t have to wear a whole suit, but like, maybe wear a suit if it’s appropriate? Suits are awesome and you want to impress your date.

2. What If Guys Still Picked Women up at the Door

Don’t call me to tell me you’re outside! Come up to my door, knock, and greet me – LIKE A NORMAL PERSON.

3. What If We Stopped Expecting Sex

Since when is ONE DATE the threshold for “OK it’s time to hook up now and it’s weird if you don’t”?

Look, if you’re super into a guy and you want to sleep with him on the first date, FINE! That’s cool! I’m glad you’re sex positive and comfortable and confident about what you want! No judgement here.

But for people who like to wait and get to know someone a bit first, it’d be really NICE if sex wasn’t expected on the first date. I’M LOOKING AT YOU, TINDER.

4. What If We Banned Cell Phones During Dates

Dude. I don’t want to look at your stupid face while you’re slack jawed and staring at your phone, giggling about something I can’t see.

Plus, you don’t look attractive bathed in the electronic glow of your phablet.

Just put the phone away and concentrate on the person in front of you! You know, the person you’re ON A DATE WITH! Is that too much to ask?

5. What If We Were Clear About Our Intentions with Each Other

Now, obviously, I’m not asking a guy to tell me “I am officially courting you and will not stop until we are married”, which, I mean, if it’s the right guy, that’d actually be really hot.

If this is just for fun and you don’t see anything coming because of it, that’s fine, just tell me! It lets me know what to expect and doesn’t set anyone up for a letdown.

6. What If We Asked Each Other Out On Real Dates

Meeting at the bar is just so LAZY, you know?

When’s the last time a guy asked you to an honest-to-god dinner? Or to go ice skating! Or for a walk in the park!

Or anything besides “let’s grab drinks!”

I get it, it’s easier to be on a date when there’s alcohol involved. THAT’S WHY GOD INVENTED FLASKS.

Anyway, it’d be nice to go on real dates instead of just “meeting up for drinks”, like our grandparents used to do before they fought in wars and then boned each other to make our parents. Gross.

OK, so giving us a gift on the first date is coming on a little strong.

But a small bouquet or a few tastefully picked flowers would actually be a super sweet and romantic gesture!

Guys used to liven up dates by showing a display of affection at the beginning, and guess what? IT WORKED.

Try flowers next time, ya lunk.

8. What If We Were Still Gentlemen and Gentlewomen to Each Other

That’s a really weird and convoluted way of saying: “OPEN THE CAR DOOR FOR A LADY LIKE A GENTLEMAN, YA DINGUS.”

It’s a small gesture that takes literally almost no effort (unless you don’t have a car and have to buy one in order to make the gesture, in which case, maybe don’t worry about it).

And yet, it goes a long way! Guys that open the car door for me charm the PANTS off me (literally and figuratively.

So next time, give the date a little extra thought and make a couple touching gestures, and BOOM. You didn’t need Tinder after all.

August 16, 2022
Being Married to Another Woman Feels Amazing As a Lesbian