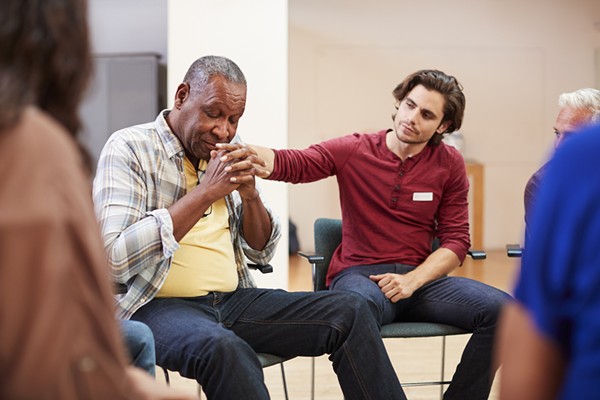 Anyone can become a victim of sexual violence, and work is under way in Ohio to ensure men feel welcome in the anti-violence movement.

As the Engaging Men Coordinator at the Ohio Alliance to End Sexual Violence, Jayvon Howard said he focuses on assisting male survivors of sexual violence and getting more men involved in prevention work.

He explained that sexual-violence prevention work is historically rooted in combating patriarchal ideas and thus isolating men from the movement.

“We have this anti-violence space to get away from violence perpetuated by men,” said Howard. “But then this space also needs to include men. It creates tension in the movement and it illuminates a lot of the pain and fears that we have toward men that prevent us from fully accepting male survivors. “

Howard said something as simple as female-centered language can discourage a male survivor from coming forward. For example, a rape crisis center named “Women Helping Women.”

He noted that understanding these challenges is a new conversation, and advocates are examining how to shape services to specifically target the male needs and experiences.

Howard said the shock, withdrawal and denial experienced by survivors looks very different among men, and is often expressed through gender stereotypes such as strength, aggression or impassiveness.

“Toxic masculinity can complicate our ability to address these issues head-on with accountability and healing at the same time,” said Howard. “So like an expression of trauma for men could be leaning more heavily into protecting this identity that might be exhibitive of an unhealthy masculinity.”

One in six men is a survivor of sexual assault, and one of every three boys is sexually assaulted before age 18. Howard said it’s crucial that they aren’t shut out of violence-prevention and response services.

“Sexual violence is not normal, it happens more commonly than we are all aware of, and it does happen to men,” said Howard. “At the end of the day our movement is about support and care and compassion being extended to everyone. That is what this movement requires for us to be successful.”

The Ohio Alliance to End Sexual Violence is hosting a fundraiser on Saturday, Sept. 18. National violence-prevention expert Tony Porter will give a keynote address about engaging men and boys in the anti-sexual violence movement.