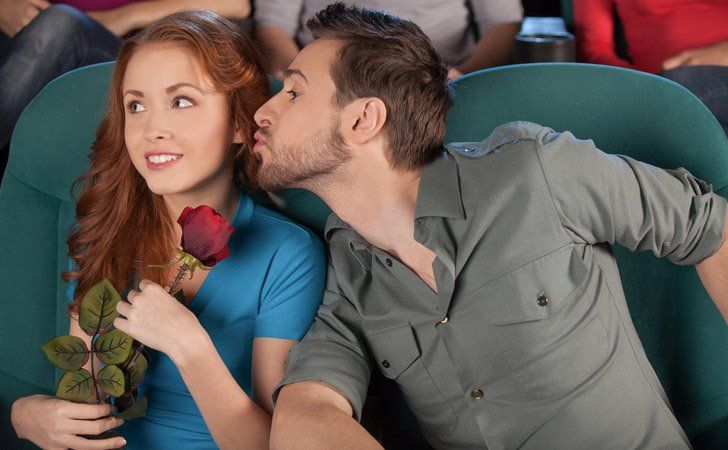 So is commitment phobia a real condition or is it made up? Lots of women out there are under the impression that if a man is refusing to commit, it means he has severe underlying issues that block his heart from letting love in.

Maybe he takes you out on amazing dates and shows you a really great time. Maybe he’s talked to you about your family, friends and things you love about life. You feel like he listens to you and just “gets” you.

Take The Quiz: Do You Trust Him?

Plus, he’s chasing you so he must be trying to win you over… right? That is, until you suggest things like meeting your parents or you talk about your future together or even what you want from the relationship.

That’s when he pulls away, emotionally withdraws and starts flaking. He basically vanishes and leaves you wondering, “Why? Where did things go wrong? What did I do to deserve this?”

I Want To Answer Two Questions That You Probably Have Right Now:

Now, I’m going to say something that might come off as shocking. The truth is there is no such thing as a “commitment phobe” – everyone is afraid of commitment at a certain level.

Men Are Afraid Of Commitment Because…

Whereas A Lot Of Women Are Afraid Of Commitment Because…

The major thing both men and women share when it comes to fear of commitment is they are genuinely scared of committing themselves to a relationship.

But… here’s the catch. There is a huge difference between a commitment phobe, and someone who just doesn’t want to commit.

How can you know if he’s really terrified of committing?

Let me delve a little deeper into the reasons I listed earlier on why men are afraid of commitment so you can better understand if your man is a “commitment phobe”.

Why He’s Afraid Of Commitment:

1. He had a previous relationship end badly.

For example, I once had a client who was struggling to get her man to commit. Everything seemed right to her. He showered her with affection, he was close to her family and friends, and he truly and deeply cared for her. It’s safe to say he was fully invested in their relationship. Except every time she brought up their future or the possibility of marriage, he would clam up.

When she came to me with her story, it was so odd to me. It was my first case of “commitment phobia”. As I dug deeper into her problem, I learned he had just had a terrible divorce before he met her, and he was afraid of committing to her because he didn’t want to risk their relationship ending the same way his last marriage did.

2. He Is Afraid Of Intimate Connection

Some men are afraid of getting close to a woman intimately. What do I mean? Simple. He is afraid of revealing his inner-most, vulnerable, hidden self to you and getting hurt after exposing this kind of vulnerability.

Trying to force him to make that intimate connection with you will only force him to emotionally withdraw from you and become distant.

If you relax and enjoy the relationship, he’ll realize that it’s safe to intimately connect and love you for letting him be himself around you.

4. He Feels Pressured By Commitment

If you take time to enjoy the relationship and show him how much it’s worth to stay in, he will want to be with you forever.

He will do whatever it takes to make you happy and keep you in his life, because you make him happy and he loves you.