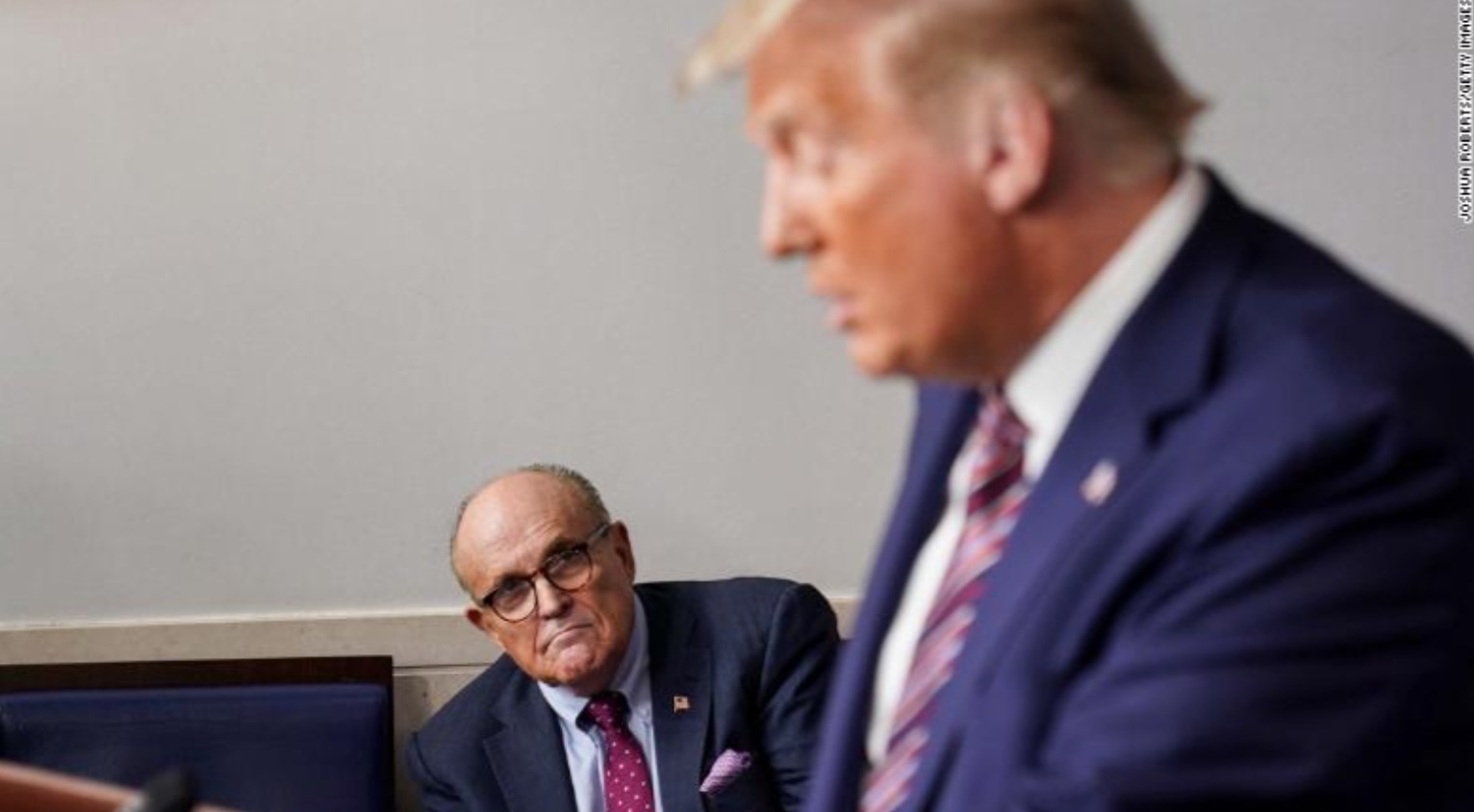 (CNN)Only Donald Trump knows whether he will mount a run for the White House in 2024. But it’s already clear what such a campaign would look like. It would be built on a lie that he was cheated out of office and would relentlessly politicize and monetize America’s ideological, social and racial divides.

As a political neophyte in 2016, Trump tapped into a seam of discontent with the economy and a sense that the Washington establishment was ignoring millions of people. His victimization of Mexican and Muslim immigrants in that campaign played on a fear of outsiders. Some Democrats believe his win was also born from a racist backlash to the country’s first Black commander-in-chief that benefited from his racist and false accusations about ex-President Barack Obama’s birthplace.

Already, what looks like a new attempt by Trump to reclaim the White House is shaping up as an even more sinister affair, not least because a twice-impeached President who already incited an insurrection and tried to subvert US democracy to stay in office would be seeking to regain the awesome powers of the presidency.

In recent days, Trump has appeared to sense an opening, with President Joe Biden heavily criticized over his chaotic withdrawal from Afghanistan and with the pandemic resurgent, to accelerate his own political aspirations. The former President hasn’t offered any political plans or useful suggestions, for example, of how to tackle the country’s greatest crisis — the Covid-19 emergency that he so badly botched while in office. Rather his statements and attacks most often suggest that a new presidential campaign would be a vehicle for personal vengeance and the wounded vanity of being rejected by voters after a single term. That was clear this weekend when the country solemnly marked the 20th anniversary of the September 11, 2001, attacks and the former President unleashed a string of political assaults on his successor.

There was something rather sad that the most recent ex-President felt unable to join Biden and ex-Presidents Bill Clinton, George W. Bush and Obama at official commemorations of the attacks. Trump has never been interested in being a member of the ex-President’s club. And his political brand as an outsider often relies on attacking pillars of the establishment like former Presidents. But his absence underscored gaping divides in a nation that is now unable to even join as one to mark the most unifying event in modern history: the national response to the terrorist attacks that killed nearly 3,000 people.

Trump did visit police officers and fire fighters in New York City on Saturday after being criticized for avoiding national observances and for later moonlighting as a commentator at a boxing match. But even then he could not risk political digs, boasting about his previous campaign and his administration, lying that the election in 2020 was “rigged” and delivering a broad hint that he would mount another presidential campaign.

The former President also savaged Biden over the withdrawal from Afghanistan — a subject that is worthy of debate and critiques but perhaps not on a day devoted to memorializing the victims of the 2001 attacks.”I hate to talk about it on this day,” Trump said, but then launched into a prolonged attack on Biden and claimed that had he been in charge, the situation would have been different — even though he set the stage for the pullout by capitulating to the Taliban’s withdrawal demands in a deal with the group.Those waiting for Trump to behave with decorum or to become “presidential” have long since been disappointed. But his conduct in recent days has been radical even for an ex-President who spent four years tearing down the conventions of the presidency and political and legal norms.

While Obama, Clinton, Bush and Biden attended official 9/11 events, Trump spent his time sending out a flurry of political statements.”This is the 20th year of this war and should have been a year of victory, honor, and strength. Instead, Joe Biden and his inept administration surrendered in defeat,” Trump said in one, sent through his political action committee.”We will live on, but sadly our Country will be wounded for a long period of time. We will struggle to recover from the embarrassment this incompetence has caused,” the former President wrote.Trump’s defenders may point out that Bush delivered a politicized speech at the memorial site in Pennsylvania dedicated to victims of the fourth hijacked airliner on 9/11 that was brought down when heroic passengers stormed the cockpit. But Bush was defending democracy — not attacking it as Trump did for much of Saturday.The 43rd President compared domestic violent extremists to the hijackers of 9/11 and clearly drew an analogy between the attacks and the storming of Congress by Trump supporters on January 6 that followed a rally by the outgoing and defeated president.”There is little cultural overlap between violent extremists abroad and violent extremists at home,” Bush said. “But in their disdain for pluralism, in their disregard for human life, in their determination to defile national symbols, they are children of the same foul spirit.”

Far from confronting such extremism, as Bush counseled, Trump is still seeking to co-opt it, not just with his lies about election fraud that have convinced millions of people but also in its continued weaponization of race. His attacks on the integrity of the 2020 election have left millions of his supporters believing a general election that even Trump’s own Justice Department said did not contain serious corruption was stolen. This is not only a grave threat to faith in the US political system, it is an important part of what it means to be a Republican in 2021. A new CNN poll published Sunday found that about six in ten of Republicans and Republican-leaning independents believed that supporting Trump and believing that he won in 2020 are at least a somewhat important part of identifying with the party.The ex-President’s power in the GOP — which means he would be a prohibitive favorite in any new campaign for its nomination — can be witnessed in the way candidates who wish to have his endorsement must buy into his false claims of election fraud. Those who tell the truth about what happened in November 2020 and the Capitol insurrection — like Wyoming Rep. Liz Cheney — are likely to find themselves with Trump-backed primary races. The House Republican Conference under its leader Rep. Kevin McCarthy has become a wing of the Trump political movement, embracing his falsehoods about the election, whitewashing history and adopting his authoritarian conservatism.Some of Trump’s most damaging behavior comes when he weaponizes race in the service of his political goals. In a statement last week, for instance, the former President condemned authorities in Richmond, Virginia — the capital of the Confederacy during the Civil War — over the removal of a statue honoring Gen. Robert E. Lee, the Confederate general who took up arms against the United States in a war to defend slavery.”Our culture is being destroyed and our history and heritage, both good and bad, are being extinguished by the Radical Left, and we can’t let that happen!” the former President wrote. It was not the first time Trump had defended the Confederacy. He did so in the 2020 campaign when he seized on the removal of statues to racist historical figures to fuel the fears of those of his voters who fear their traditional White culture is being overwhelmed as part of the country’s growing diversity.Trump’s belief that Lee was a great general is also challenged by history — and he appeared to unintentionally expose himself to criticism by arguing that had Lee commanded troops in Afghanistan, “that disaster would have ended in a complete and total victory many years ago.” Of course, the commander in chief who ran that war from 2017 until January was none other than Trump himself.Trump’s statements lack the immediacy and platform that he enjoyed as president, partly because his insurrectionist rhetoric caused him to be kicked off social media platforms. But they are relayed by his spokespeople and supporters on Twitter and Facebook. The ex-President also appears to have an open invitation for softball interviews with Fox News opinion hosts.Some of his most notable interventions in recent days have occurred as he highlighted the anguish of several parents of the 13 US service personnel killed in a suicide bombing last month outside Kabul airport who support him and criticized Biden.

In normal circumstances, it would be more than appropriate for a former President to comfort those mourning the fallen. But Trump has done it in politicized statements that leave the impression that he is exploiting their grief.This adds to a growing impression — evident in his mismanagement of the pandemic when he trashed public health advice and throughout his presidency — that there is nothing that the former President will not do in support of his personal goals, including in a possible new bid for the White House. 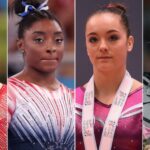 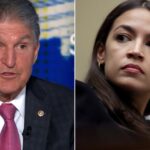