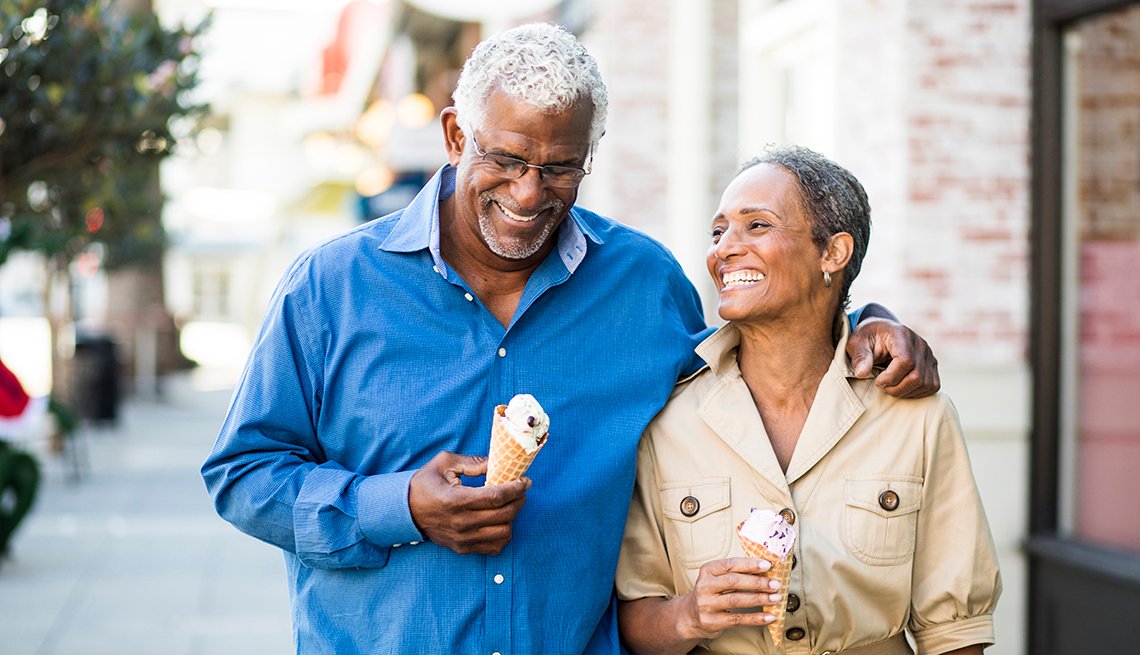 Even once you’ve set your mind to dating again, you may have a lot of questions about how to start. Thanks to the rise of dating apps, your pool of potential significant others has never been larger. But if you’re wondering what apps are worth your time—and which to swipe left on—we asked experts to name the best dating apps for people over 50.

Before downloading anything, take a second to make sure your mind is in the right place. “The dating advice I give to anyone over 50 is the same advice that I give to someone in their 30s: It all starts with self-worth and shifting negative thought patterns from ‘I don’t deserve’ to ‘I do,'” says certified personal coach Keren Eldad, creator of a program called Dating With Enthusiasm.

You may feel apprehensive about reentering the world of dating, particularly now that it’s digital. That’s completely normal, but take heart in the fact that you’re not alone in your quest for companionship. A 2019 study found that the vast amount of heterosexual couples now meet their significant others online. Plus, nearly 55 percent of queer folks reported using an online dating app, according to Pew Research Center.

While app-based dating tends to be more friendly to younger age groups, there’s a growing list of apps tailored for the needs of folks over 50, according to psychotherapist Valentina Dragomir, founder of PsihoSensus Therapy. “While the dating apps for younger people offer different features such as matching people based on interests or friends of friends, the dating apps for folks over 50 focus more on compatibility and serious relationships,” she says.

With that in mind, you’re ready to start your search. Here’s the rundown of what to look for in a dating app.

What To Looks for in Dating Apps for Seniors

If you’re a checklist kind of person, this is it. Dragomir says you should make sure your dating app features many single people in your age group, is easy to use, aligns with your goals, and prioritizes your safety and privacy above all else. Let’s talk a little more about each piece of criteria.

1. The app has lots of singles in your age group

“The last thing you want is to sign up for a dating app that doesn’t have a lot of active users. You’re more likely to find matches on an app with a large user base,” says Dragomir. Many dating sites include info about how many active users they have to offer, but you may have to do a little digging.

For example, eHarmony’s biggest groups are reportedly between the ages of 30 to 44 and 55 to 64, so that’s a huge win over an app where the majority of users are in their 20s.

Ease of use is obviously a plus, but it’s worth repeating here. There’s no point in making dating harder than it needs to be. So if one app seems fussy and the opposite of user-friendly, skip it. You’ll find something else

3. The app aligns with your goals

“Make sure you choose an app that aligns with the type of relationship you’re looking for, as many dating apps for people over 50 are designed with specific types of relationships in mind,” says Dragomir. For example, OurTime, SilverSingles, and eHarmony all cater to people looking for long-term relationships.

4. The app is safe and secure

Dragomir also recommends being mindful of which sites are legitimate, and which sites may be phishing to steal your personal information. Make sure you’re on a legitimate page (ask someone for help, if need be), and don’t offer up information like your social security number or your bank account information. If your gut is telling you that something’s off, opt for a different app instead.

The 3 Best Dating Apps for People Over 50

This app also only caters to folks over 50, so you won’t have to worry about only finding a limited number of people in your age group. It is open to folks in heterosexual and queer relationships.

This exclusively over 50 community claims to add over 380,000 members each month, and takes a rigorous approach to finding and deleting fake profiles. It’s also extremely user-friendly, and offers one-on-one profile consultations if you’re not quite sure where to start.

However, you don’t have to use senior sizzle to seek out a serious relationship; you can also use the app to make new friends, date casually, or look for a serious partner.

eHarmony is more expensive than other dating sites, but it may be worth your while. The company claims that someone falls in love every 14 minutes using the app (which is available on mobile or desktop).

This classic dating app also offers video dates and an easy-to-use interface that won’t waste your time. One down side? The site is open to everyone over the age of 18, so you will have to specify the age group you’re hoping for.