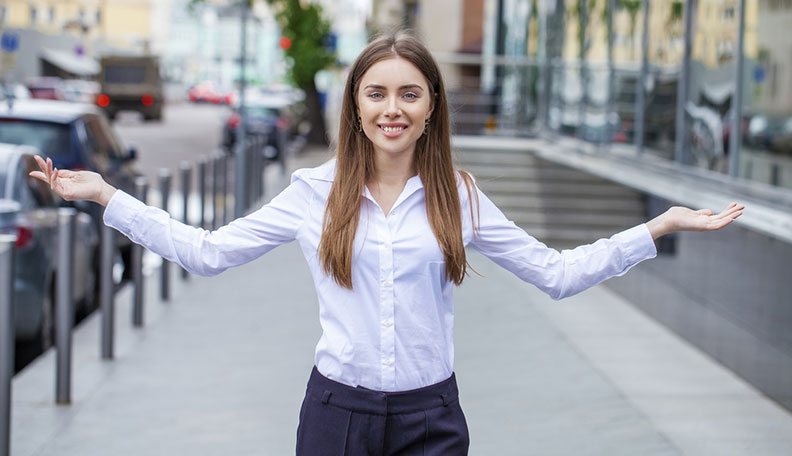 For most of my life, I assumed that I was heterosexual, despite the tingle of attraction I often felt in response to people who don’t identify as men. I, quite simply, ignored the feeling. But, recently, at age 28, I finally came to understand, accept, and celebrate my identity as a bisexual woman. And with the intention of exploring and embracing my sexuality, I started using dating apps as a bisexual woman to see what my new dating normal would look like.

Apprehensively, I logged onto five apps: Bicupid, Bumble, Pincupid, HER (a woman-centered dating app), and Lex (a queer-focused dating and connection app for LGBTQ+ folks). On each of the apps, I turned my settings to “everyone:” women, men, and nonbinary folks, who were all of different orientations themselves. I was excited to interact with folks who shared a queer identity. Within the first few months I used the apps, I matched with about 30 people, including cis-gender men, who were mostly heterosexual; cis-gender women, who were bisexual, lesbian, and pansexual; and nonbinary people, some of whom told me they were pansexual.

I found value in learning about myself and others who share my sexuality or simply have experience dating other queer people. Ultimately, as a result of using dating apps as a bisexual woman so soon after coming out, I was able to feel more confident in my identity. In fact, I wondered what took me so long.

My journey to use dating apps as a bisexual woman

While I’d had sexual encounters with women before coming out and going on dating apps as a bisexual woman, I can’t actually say that I “dated” them. To me, dating someone means considering what you envision for the future, or what you like about each other, among other things. That wasn’t happening when I had sex with women before I came out as bi, because I wasn’t even comfortable stepping into that label for myself.

It also bears mentioning that I’d never been on a dating app period before coming out, so my first experience with them was as an openly bisexual woman. Previously, the extent of my relationship to dating apps was knowing that they existed and that my friends more often found unideal dates than enduring partnerships on them. This understanding certainly explains some of my hesitance in trying dating apps in the first place, but according to queer-inclusive relationship therapist Rachel Wright, LMFT, it might not paint the full picture.

Wright’s take is that I may have internalized shame for being a femme-presenting bisexual, and that may have impacted my openness to using dating apps. “When we’re the femme-presenting bi person, we have a feeling that so many folks could be sexualizing us without our consent,” she says. “That can create hesitation, shame, and confusion around whether or not we even want to share that.” The idea of experiencing other people’s reactions of me absolutely contributed to my lack of confidence in my sexuality. But I’m so glad I found the strength to explore nonetheless.

Because I’d neither been on dating apps before nor dated outside a heteronormative dynamic, I initially felt awkward and uncomfortable flirting with women and nonbinary folks. Quite simply, flirting with men was what was within my comfort zone, even if that didn’t reflect the full scope of my sexual prowess. But, just being on the apps helped me find confidence in my sexuality.

“Doing anything that affirms who you are is going to help you feel more confident,” says Wright. “Checking the box of ‘bisexual’ on the app is an affirming move. Having a conversation with someone of a gender identity that falls into who you’re attracted to is an affirming move. These moves help eat away at the shame someone might feel for being bisexual.”

And, as they say, practice makes perfect. The more women and nonbinary folks I matched and flirted with, the more confident I felt in my sexuality—both that it is valid and that it is nothing to be ashamed of. Wright says that this also could have given me a confidence boost because I was pushing some boundaries for myself.

“When we show up as ourselves and have experiences that are generally positive, that helps reflect, ‘Oh, cool. I can be me,'” —Rachel Wright, LMFT

By being an openly bisexual woman on a dating app, I took a step into being who I authentically am in the world. For other queer folks, a similarly affirming experience might look like going to an LGBTQ+ mixer or interacting with LGBTQ+ educators on social media. “When we show up as ourselves and have experiences that are generally positive, that helps then reflect, ‘Oh, cool. I can be me,'” says Wright.

Having conversations with people from the queer community via dating apps helped me realize that I could, in fact, be me—because others were doing it, too. Once that epiphany hit, it was easier to take that energy and implement it in other parts of my life. I embraced that I could be openly bisexual at work, when meeting new people, and in general. As a result, I gained more confidence—not just in my own sexuality, but also in other areas of my life.

Now, instead of pretending that I fit into a box to make other people feel comfortable, I’m more confident being authentically myself. Whoever likes it, likes it; whoever doesn’t, doesn’t. And isn’t that what confidence is all about? July 26, 2022
How to ask if a guy is gay without asking if he’s gay, according to the Internet