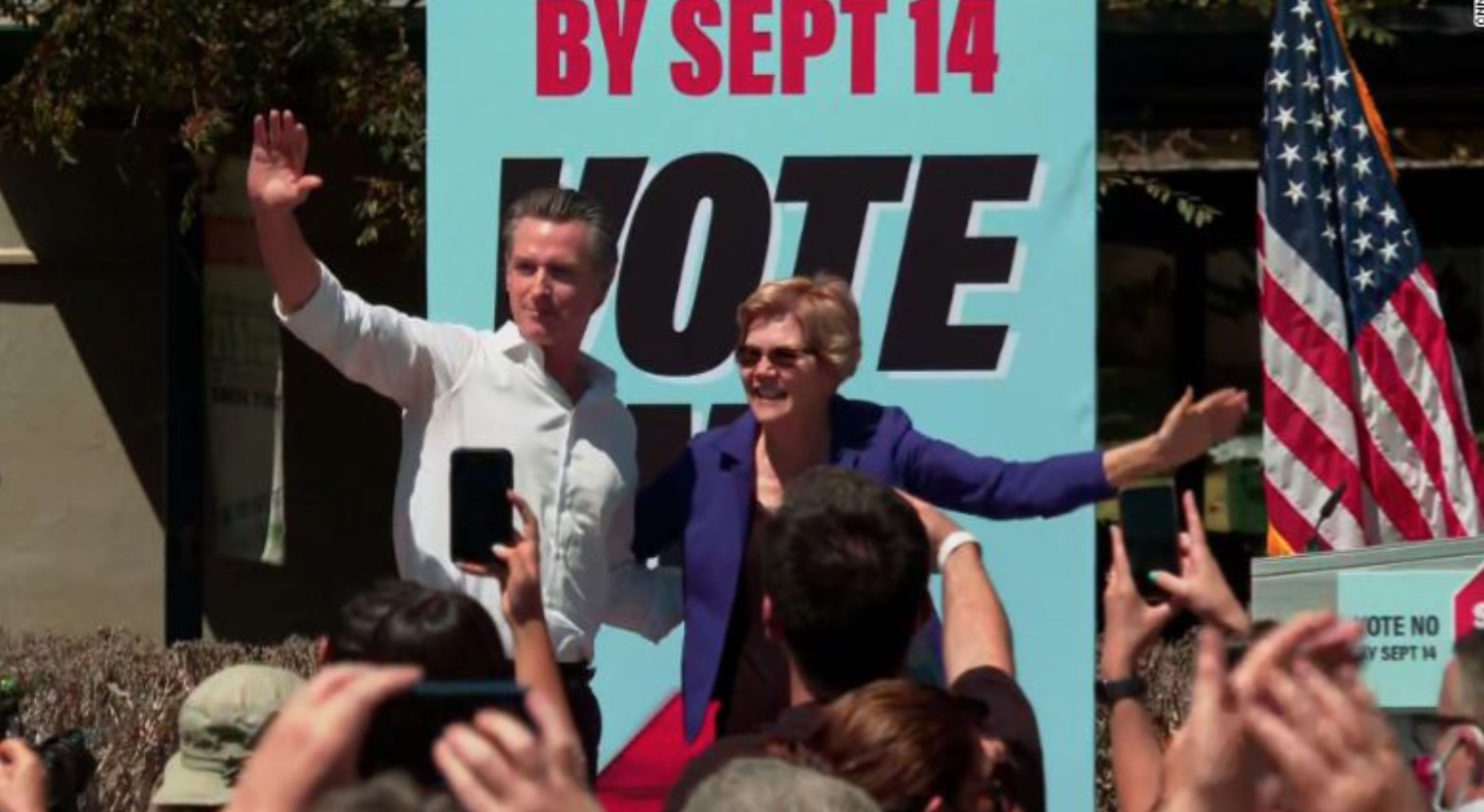 (CNN)California’s homelessness crisis is a top-of-mind issue for many voters who are still weighing whether to return their ballots in the special election to recall California Democratic Gov. Gavin Newsom.They have watched their cities and towns transformed as scores of tent encampments have sprung up in their parks and residential neighborhoods. They worry about the safety of those living unsheltered on the streets who are vulnerable to crime, but they are also unnerved by the high number of unsheltered people who suffer from serious mental health issues and substance abuse problems living in close proximity to their homes. They are angry about the reams of trash, discarded clothing and belongings that have piled up along their roadways.Newsom has long promised progress for a problem that has been decades in the making. In July, he signed a funding package that will direct $12 billion toward addressing homelessness over two years and another $10.3 billion to building affordable housing. But many Californians are impatient for results — and some plan to express that frustration either by voting to recall Newsom or not participating in the election at all.

Republican candidates attempting to replace Newsom in the September 14 election have hammered Newsom’s approach as ineffective.

On any given night in California, the governor’s office estimates that there are about 170,000 homeless people on the street. California accounted for more than half of all unsheltered people in the United States, according to the 2020 Annual Homeless Assessment Report to Congress, which was released earlier this year — and the report noted that 70% of homeless people in California were living outdoors, making them more visible to the general population. On a single night in January 2020, one in every three people in the US experiencing homelessness — some of them sheltered — were in California, according to the report.

Those stunning statistics have created an easy target for GOP recall candidates like Kevin Faulconer, the former mayor of San Diego who won accolades from leaders of both parties for his efforts to reduce outdoor homelessness in his city. He has argued on the campaign trail that homelessness has “exploded” in California, because Newsom “has not taken the necessary steps to make a difference.”

Conservative talk radio host Larry Elder hit Newsom on the issue Tuesday during a press conference: “How about fulfilling the campaign promise you made to people in your city — in San Francisco back in 2004 (when Newsom was mayor) — to deal with the homeless problem that has only gotten worse and worse and worse,” he said.

But the roots of California’s homelessness crisis stem from an acute shortage of housing that has worsened over many years; stubborn resistance to building more affordable units or even temporary shelters in wealthier neighborhoods; the skyrocketing cost of living; and wages that have not kept up with the exorbitant price of housing in many populous areas of the Golden State.A 2021 report from the National Low Income Housing Coalition found that a person in California working a normal 40-hour week needs to earn $39.03 an hour to afford a two-bedroom apartment at fair market rent — making it the most expensive state to rent in the country. If that person was making the state minimum wage, which is $14 dollars an hour, they would have to work 112 hours per week to afford a two-bedroom rental.

‘Everything was kind of put on hold’

Before the Covid-19 pandemic struck last year, Newsom’s commitment to ending homelessness had been one of his marquee issues. He centered his February 2020 State of the State address around his plans to address the crisis, noting the state had allocated $1.5 billion during the previous two years for local governments aimed at dealing with the problem. He acknowledged that the public had lost patience, adding, “I’ve lost patience.” To “reverse decades of neglect and turn around a crisis this deep-rooted,” he argued he would need cooperation from lawmakers to find a long-term funding strategy, centered on constructing more housing.”We don’t build housing for people at all income levels, and as a consequence we worsen the homeless crisis,” Newsom said in that February 2020 speech. “It’s a vicious cycle and we own it.”But within a few weeks, the Covid-19 pandemic had begun to engulf the attention of the state and its leaders, stalling plans to address homelessness and many other issues. The first Covid-19 death in the United States occurred in California’s Santa Clara County on February 6, and there was a second death due to the virus on February 17 — though the cause of those deaths was not confirmed by county officials until April.By early March, Newsom was dealing with offloading hundreds of passengers from the Grand Princess cruise ship, where nearly two dozen cases had been identified, and ushering them into quarantine after the ship docked in Oakland. By March 19, he became the first governor in the nation to order the state’s 40 million residents to stay home.Reflecting on how those challenges delayed progress on his goals for reducing homelessness, Newsom said Tuesday that “everything was kind of put on hold.” He noted that he’s only been in office for two and half years and still has nearly a year and a half left in his term. But he said he understands why his constituents feel frustrated that they are not seeing measurable change.”I’ve put $12 billion into a specific strategy and plans — unprecedented in California history and unprecedented in American history. It’s a detailed plan, with real money and political will,” Newsom said during a stop-the-recall campaign event in San Francisco.”It’s hard to put in perspective what we’re committing to do on homelessness in the next few years. I want to get that work done,” he said listing off objectives like the expansion of mental health services for those living on the streets, housing conservatorships and special placements for individuals with a history of hospitalizations and contacts with law enforcement.He touts the fact that his administration was able to temporarily house more than 42,000 people during the pandemic last year through an initiative called Project Roomkey, largely by leasing hotel rooms to get people off the streets at a time when they faced the greatest health risk from Covid. (As of late July, of the 33,141 who had exited the Project Roomkey program, 6,710 had entered permanent housing, according to figures from the California Governor’s Office of Emergency Services).The $12 billion homelessness funding package that Newsom approved in July would make a much longer term investment and is part of the Democratic governor’s larger $100 billion “California Comeback Plan” that was possible because of the state’s budget surplus.Within the homelessness package, about $5.8 billion will be directed toward Project Homekey, which is focused on acquiring hotels and motels and quickly turning them into more than 42,000 long-term housing units. (About $3 billion of that Homekey money is dedicated to housing with wrap-around services for people with severe social, emotional and behavioral health problems).The legislation that Newsom signed also sets aside $1.75 billion to make 7,200 units that are in the pipeline available for the poorest families and those exiting homelessness. Another $45 million will be dedicated to services and housing for homeless veterans. His broader $100 billion plan also includes $1.1 billion that will be spent — in partnership with local governments — on cleaning up trash in downtown areas, as well as along the state’s streets and freeways.

“We’re just winding up. I’m really motivated and excited,” Newsom said Tuesday.To all the voters who perceive a lack of progress on the homelessness issue, he said: “You ain’t seen nothing yet.”